Every month one regatta to be sailed, that was our plan. But in September, our plan failed as I got sick just before Viska Regatta, so no races in September. It's not easy not to sail, everybody knows that..

But no racing in September made me try even harder for the October regatta - Jabuka - a regatta from the coastal city of Vodice around the small vulcanic island of Jabuka and back. Our coskipper for this regatta was Martina, a girl - which meant two ladies and one fellow for a 110 NM race. Not an easy job!

We started well, the starting signal was given at 22.13 and we were off! Light winds after the start meant a great opportunity for Eloa as she was (again) the smallest boat in the 104 boat fleet. After the first offset lighthouse Komorica, we chose to go left, and we started gaining on the boats that were stuck on the right side of the racecourse. The two ladies sailed a very good first "leg" to Jabuka island, with the winds gusting to 18 kts - all reaching and downwind. We rounded Jabuka in cca 25th position and the upwind battle started! Another 40 NM towards the next waypoint - the lighthouse Blitvenica. While sailing upwind we could just watch the bigger boats pass us by, with the wind holding at 16-18 kts. But I liked it, and the ladies liked it. We reached Blitvenica at sunset, with big boats all around us. But after the island of Kaprije, we pointed to the finish line in Vodice, which meant a 5 NM reaching run with the Code0, a powerful weapon against our bigger and faster enemies. Just before the finish line, we got cought up in a patch of light wind and five boats passed us by. In the end, we finished 56th out of 104 boats. Not bad.. 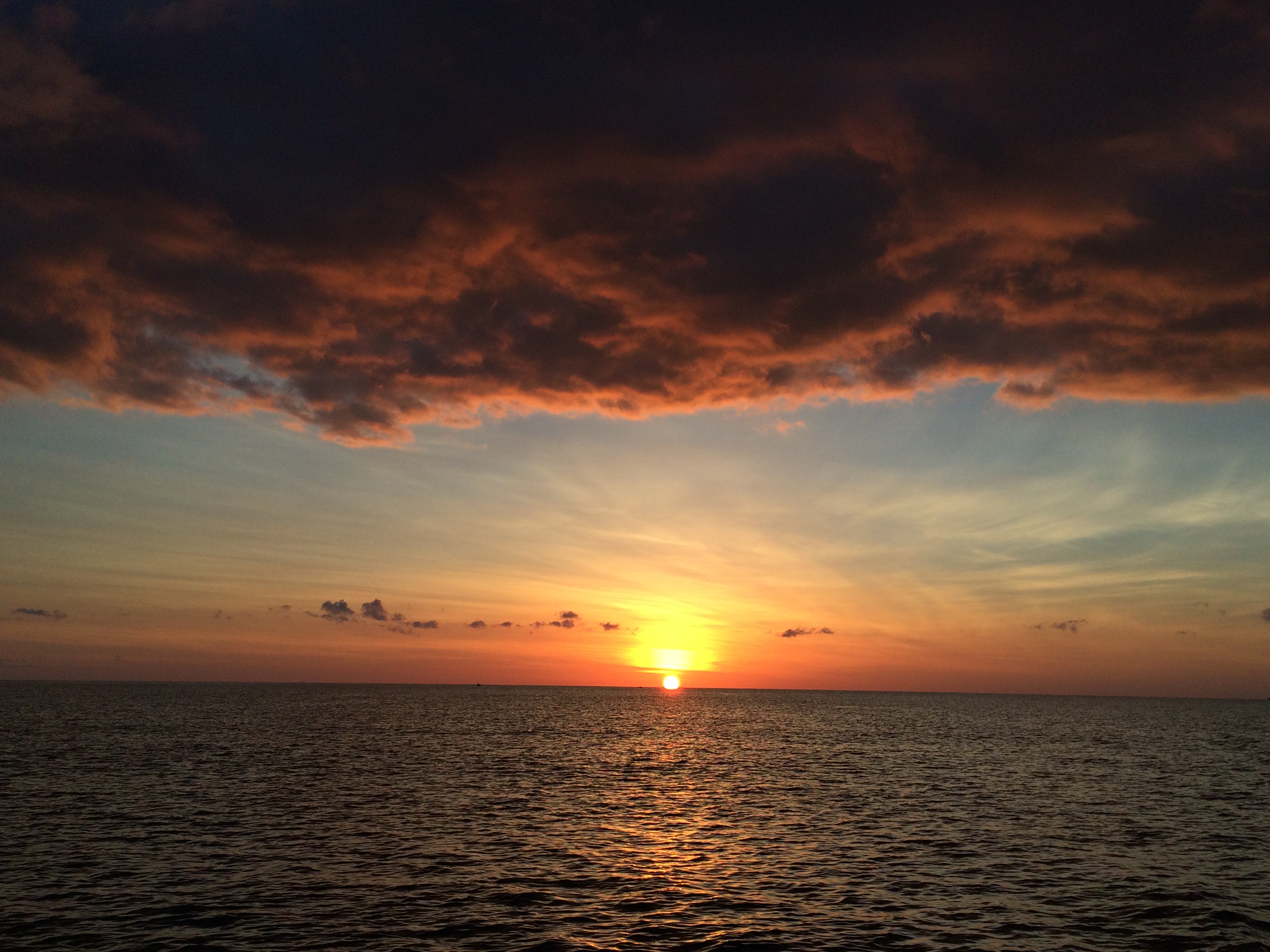 The 70 NM return to our homeport was a real joy, seeing we were towed back by 54 foot Hanse, with a crew of cooks and crooks. A total anti-Mini comfort transfer, which unfortunately had to end once we reached our homeport - and back to work we go.. But it's much easier to work once you start living your dream..

The begging of December was reserved for our last race of this season - St. Nicholas Regatta, organized by the joyful enthusiasts from the sailing club [Mornar](http://www.jk-mornar.hr/novosti/live-pracenje-regate-sv-nikola-2015/), Split. The route was supposed to take us from Split around the northern point of Solta island, towards the islet of Glavat near Lastovo, around the island Palagruza to the finish line in Komiza - a total of 160 NM. Due to the forecasted light winds, the organizing committee shortened the course to 140 NM, setting the starting line in Splitska Vrata - the strait between the islands of Solta and Brac. 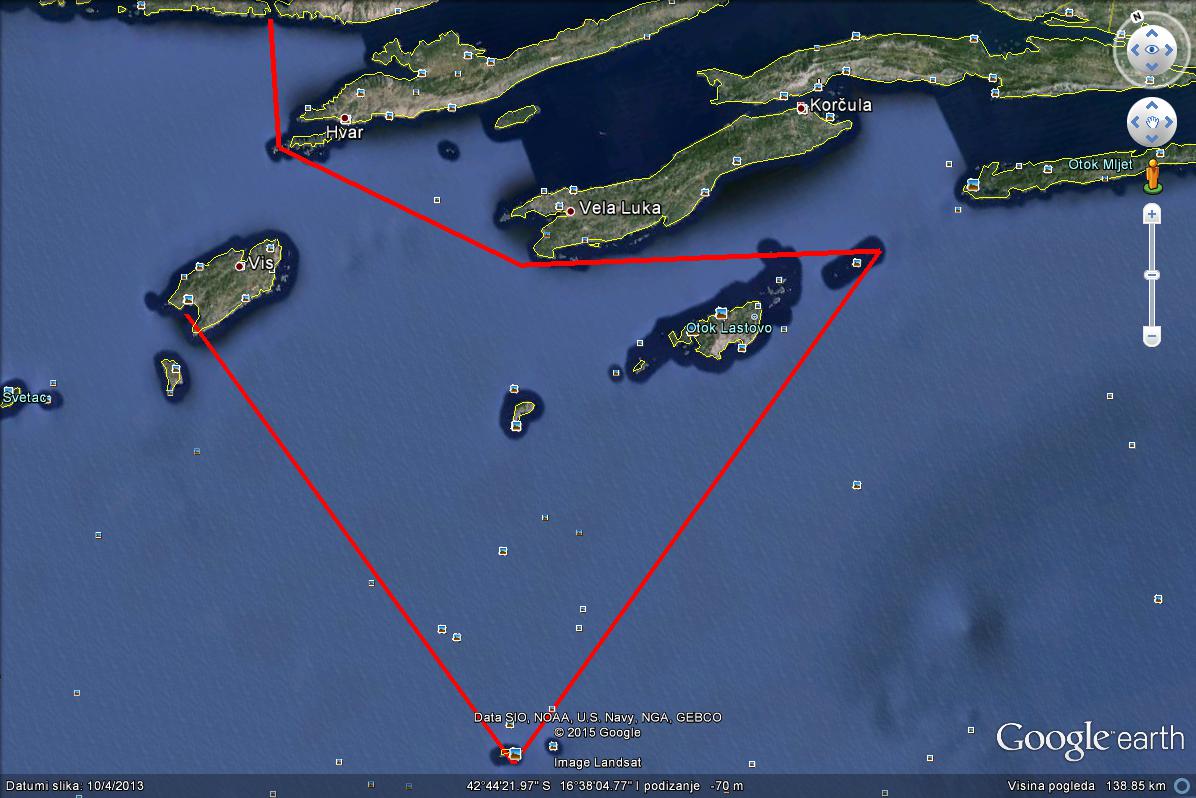 The days before the start of the race passed by quickly, getting the boat and myself ready for our longest solo regatta of the season. We hoped for some heavy weather conditions, we had nothing to loose, but the forecast was pretty disappointing - light winds, fog and cloudy skies. Fortunately, the forecast later proved to be wrong - the sailing conditions were close to ideal. We started in light winds with the Code0, immediately choosing the wrong side of the course, but with the wind picking up to 15 knots after Pakleni islands, we started gaining on the fleet. 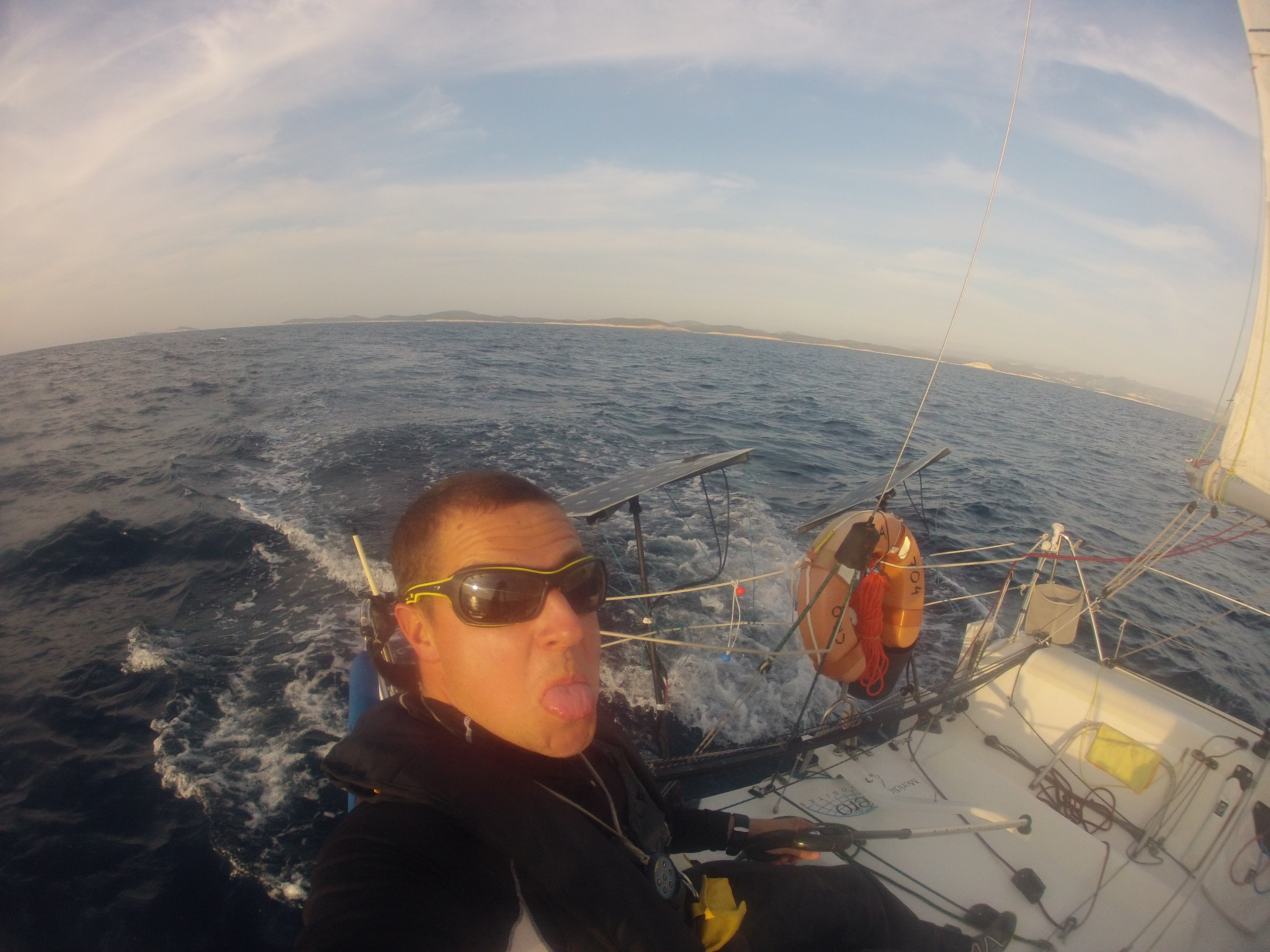 I was persistent in sailing in all conditions at 200%, as we were expecting light winds in which Eloa proved to be fast. As the night came down, we had 15 knots of northwesterlies with the big kite up and the stars showing us the way. Sailing towards Lastovo, we went to close to the coasts of Korcula and lost some precious time. Precious, because we were sailing under Susac Handicap rules, which gave us the opportunity to make a good result.. There were 4 skippers sailing solo (Beneteau Figaro, XP44, an old Quarto and us) and 7 double handed crews. After the islet of Glavat (near Lastovo), we set the course towards Palagruza island, a rock in the middle of the Adriatic Sea. We were confident, the autopilot was helming in compass mode, I was trimming the sails and we were fast. Sleeping in 15 minutes intervals was enough to keep me going at full speed. With the Sun coming up, we came at about 3 NM from Palagruza and the wind disappeared. OK - breakfast, wash up, bowel discharge and we were ready to go on. The wind slowly picked up again and we were sailing around Palagruza with the genoa and full main, ready to set course towards the island of Vis. In daylight we saw many bigger boats around us, many of them stuck in no wind patches. But the patches were not only patches, there was a big calm around us and everybody stopped, including us. With the right stacking options and all the weight moved forward, Eloa managed to keep 0.5 knots of speed under Code0 and we slowly moved towards the island of Vis, leaving the bigger boats behind us. The calm lasted for about 6 hours, with nightfall we felt some breeze coming from the North. With the Code0 up, we started to accelerate, sailing a risky course away from the finish line, but our speed was up to 5 knots! It must have been frustrating for the others seeing our lights disappear in the night. The wind picked up even more, gusting up to 18 knots. With the genoa up, we started our tacking duel with a Millennium 40, and finished just 20 minutes behind. The joy, the self-confidence, the happiness - it seems all the hard work during this season payed off. After 36 hours we finished 3rd overall, 2nd in corrected time, the smallest boat in the fleet.. First of the solo sailors, what an honor.

After the race we stayed in the small fishermen village of Komiza for one more day, discussing the regatta and the meaning of life.. With some beer and wine, of course. So one can imagine it wasn't easy waking up the morning after at 6am and starting the 120 NM trip towards our home port. But we were the champions, so everything was fine. Just fine.