Less than 140 days to the start of the Mini Transat. I'm stuck in a traffic jam on my way to Genova, on an Italian highway, the second time today.. I'll do my 20 minute nap, I think to myself. Timer on, eye lids down and off I go. The sounds of the engines around me, the rain drops falling on the roof and windshield and slowly I drift away. 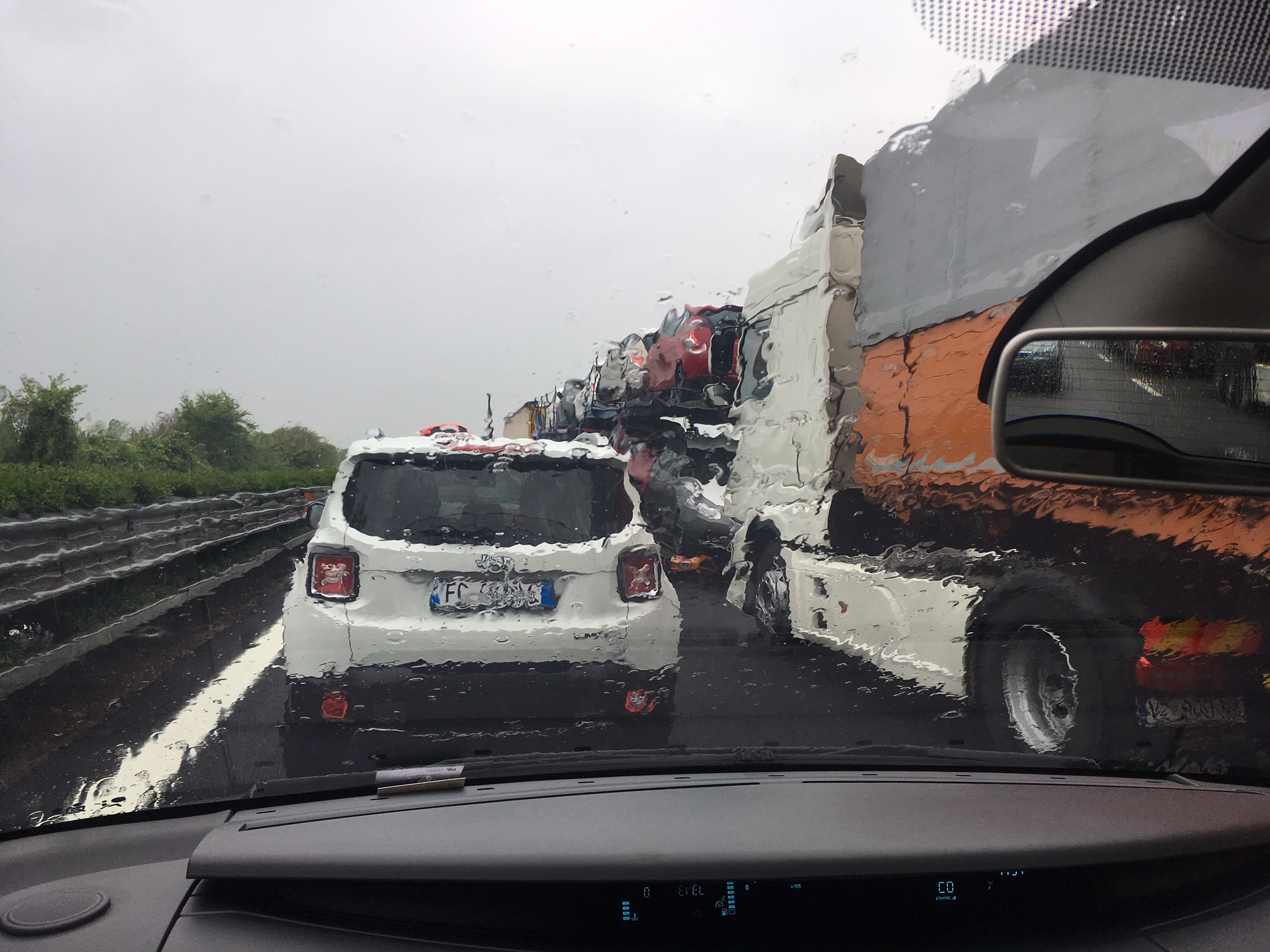 It can be light sleep or just a good solid rest, the important thing is to keep the mind focused on just one thing - breathing. And the cycle begins.. I wake up 20 minutes later with the car in front of me slowly taking off, just in time. I have been practicing the polyphasic sleeping cycle for the past two months now, under the supervision of my psychologist Davor and physical coach Dragan. It's not an easy task, you have to adopt this kind of sleeping routine and allow your body to get used to it. So I sleep 3 weeks polyphasic and 3 weeks monophasic (that's the one most people "use"). The interesting part of the polyphasic sleeping cycle is that, once you get accustomed to it, you get a couple of extra hours in your day, the bad part being you loose sense of the day - night shifts, it all becomes a veeery long day. I'm a bit late for the start of the 222 Mini Solo, Eloa's final race before the Mini Transat in October, due to some business obligations. But when I see her on Wednesday evening, everything falls into place. I hope she missed me as much as I missed her. Immediately I start unpacking and preparing all the necessary equipment, mounting the spare bowsprit and getting her ready for the last challenge before the Transat. 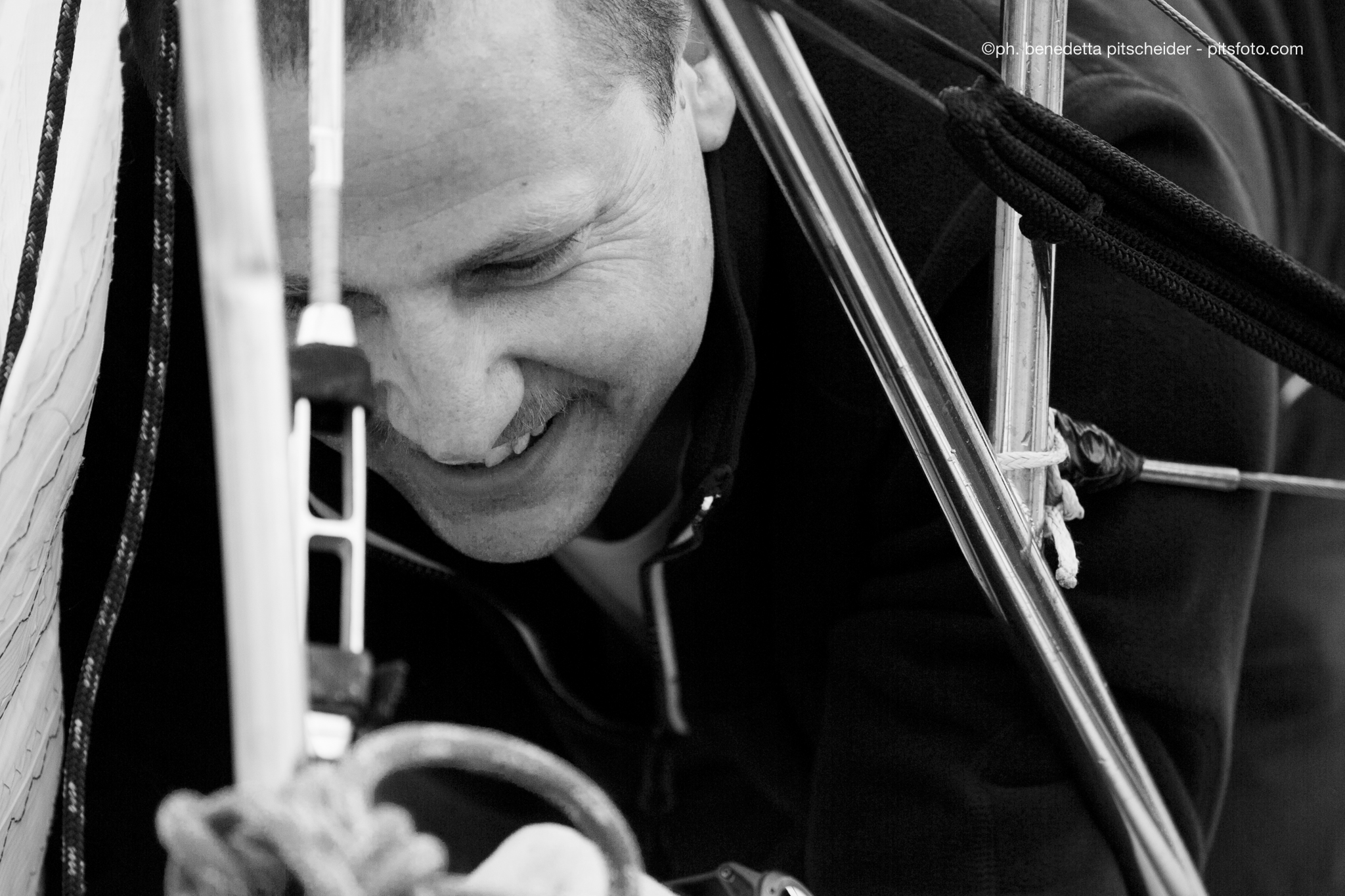 The next morning, we start our transfer towards Marina Genova Aeroporto (which can be quite demanding in a big port with no wind, a big swell and a 2.5 HP outboard engine) and the home club for this event - [Circolo Nautico Marina Genova Aeroporto.](http://www.circolonauticomga.it//) We are soon welcomed by the organizers of this race, a group of enthusiasts that are in some - or maybe in every way - connected to Minis. In the evening, after re-trimming the mast and putting everything in place, we go to sleep. On Friday morning, the Sun is barely showing and I have a strange feeling, almost as I don't want to sail this race. Strange, really strange.. But the gun is off at 13.00 and we are off in a light southeasterly. Yesterday's SW swell makes the starting area a paradise for photographers.. 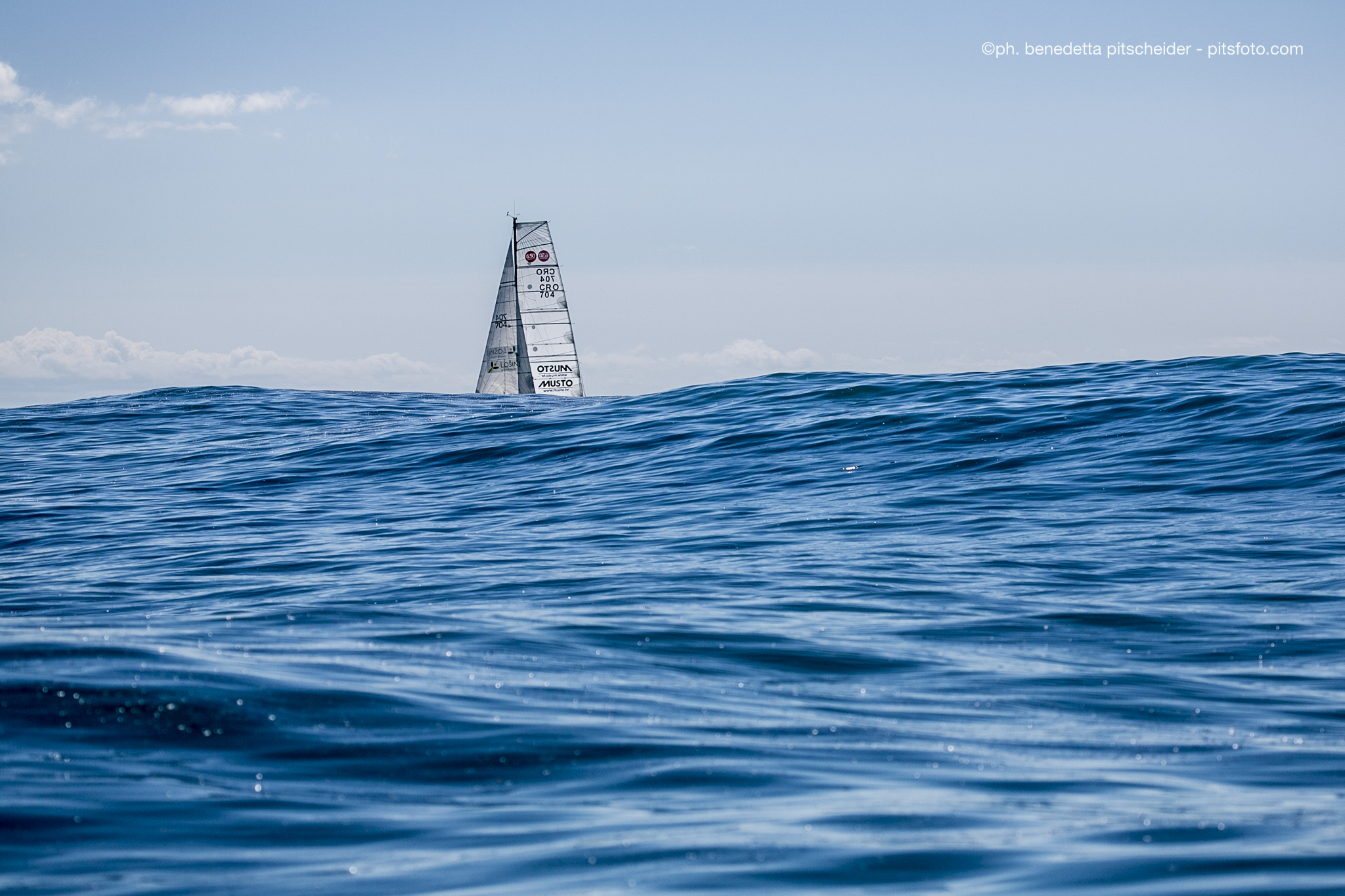 All weather models predicted a strong northerly wind after the start and later on in the night, but strangely - no northerlies show up! We continue with the SE turning SW towards the first waypoint - Gallinara Island. Thanks to Jure's weather routing, we round Gallinara second overall and first in the Series class. It's the same feeling as in the GPI, when you lead the race you get strange ideas. But this time we are a rock, no highs and no lows in the morale - that's what we learned in our previous race. After Gallinara we put the Code0 up, but the wind drops with the night coming in. We are waiting for the predicted northerly wind, but it's bonaccia all over again. I'm incredibly calm, at one moment I even lower the Code0 and go to sleep. In the morning we find ourselves in light winds taking us towards the Gorgona Island, an island 75 miles away with a prison on top of it. Can't wait to see it! During the night we lost a couple of places, but we are determined to sail our best and we slowly start regaining positions. The wind is light, and the nerves are playing a crucial role, again. Music, food, camera and voice recorder are keeping us busy. And sailing, of course. We reach Gorgona Island at sunset on the second day, with 15 knots of SW. Our new spinnaker is showing its full potential, keeping all the other Series well behind. 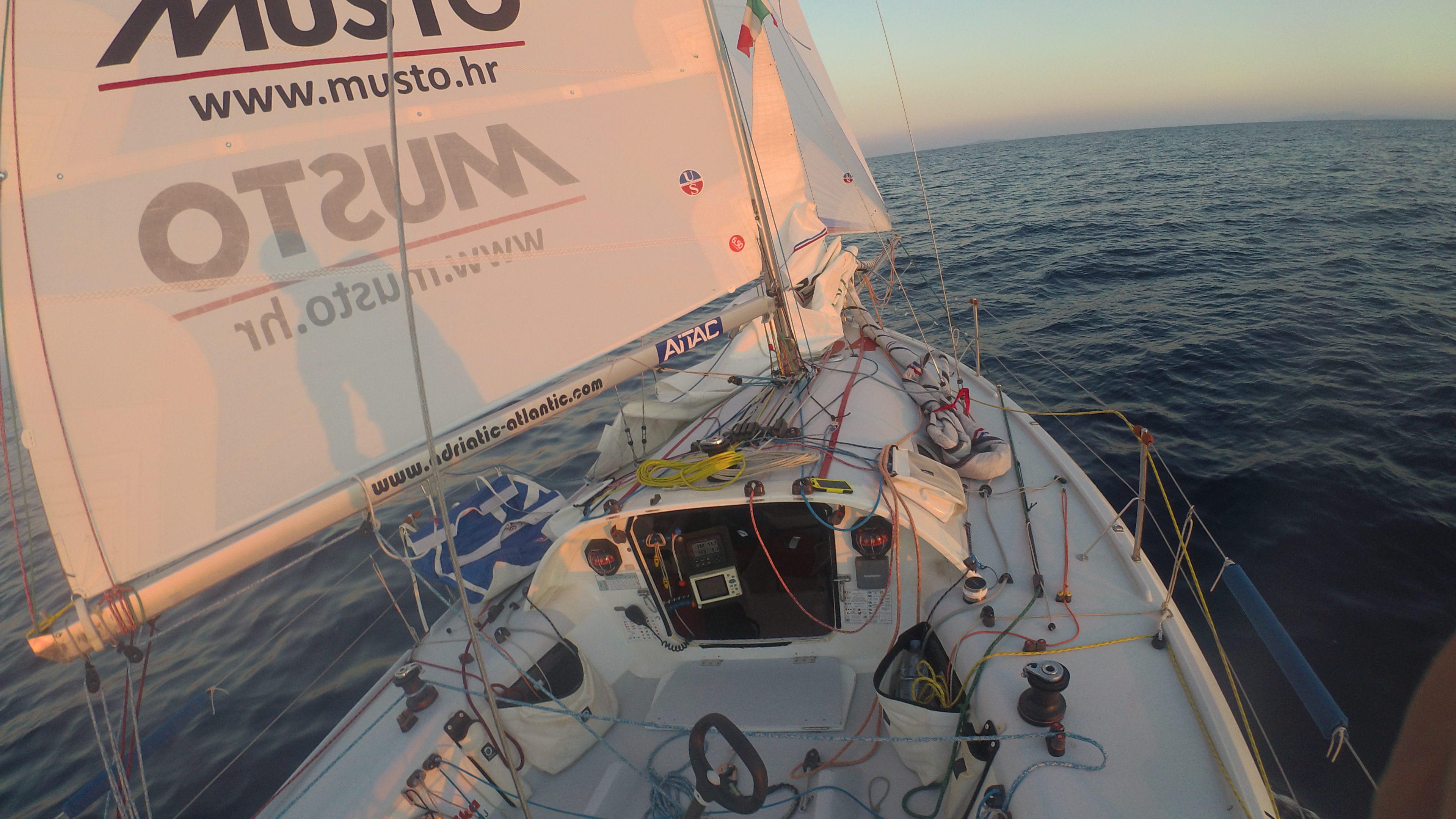 After rounding the prison island of Gorgona (unfortunately during the night), I put up the Code0, start our reaching leg and go to sleep. I decide we'll take the coastal route towards Genova, it's a bit risky but my gut tells me to do so. Also, Jure's idea before the start was to keep near the coast in case of some thermal breeze. I guess that had some direct impact on my gut feeling.. This option is the right one this time, and we are nearing the finish line in front of Genova, minutes after the second proto and less than two hours behind the first one. Oh what a great feeling, finishing first in our last race prior to the Transat! I let the emotions flow once I pass the finish line, I don't have to be a rock anymore, the race is over.. After almost 52 hours of sailing, we win our first Classe Mini race. 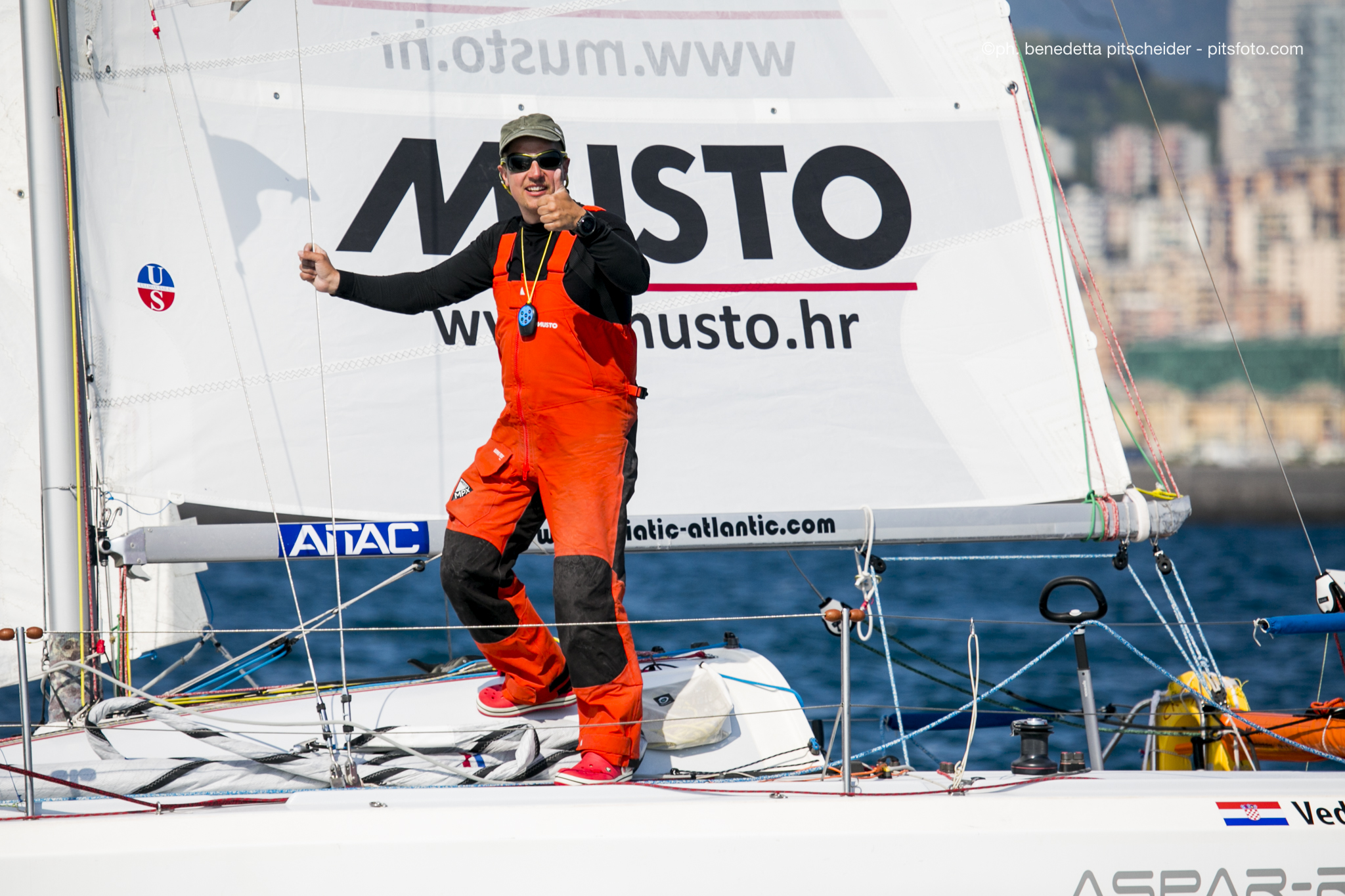