For most people it's green, yellow or red. For farmers it's Jonagold, Golden Delishes, Idared or Granny Smith. And for 16 years in a row sailors know it as a waypoint input in their GPS plotters, a small island which has to be rounded before the return to Vodice. Vodice is also the place from where one of the most demanding race (on this side of the Adriatic) starts - the Jabuka race (Apple), organized by the sailing club 'Tijat' from Vodice. In this case, Jabuka (Apple) is dark brown to black, a small remote volcanic island, about a hundred meters high. The coast is quite inaccessible thus mankind rarely disembarks here - usually due to high seas that are common in this area. Common yes, but not during this year's race. This year, the sea was rarely rippled. Rarely. Than oil. Than ripples. And back to oil again.. 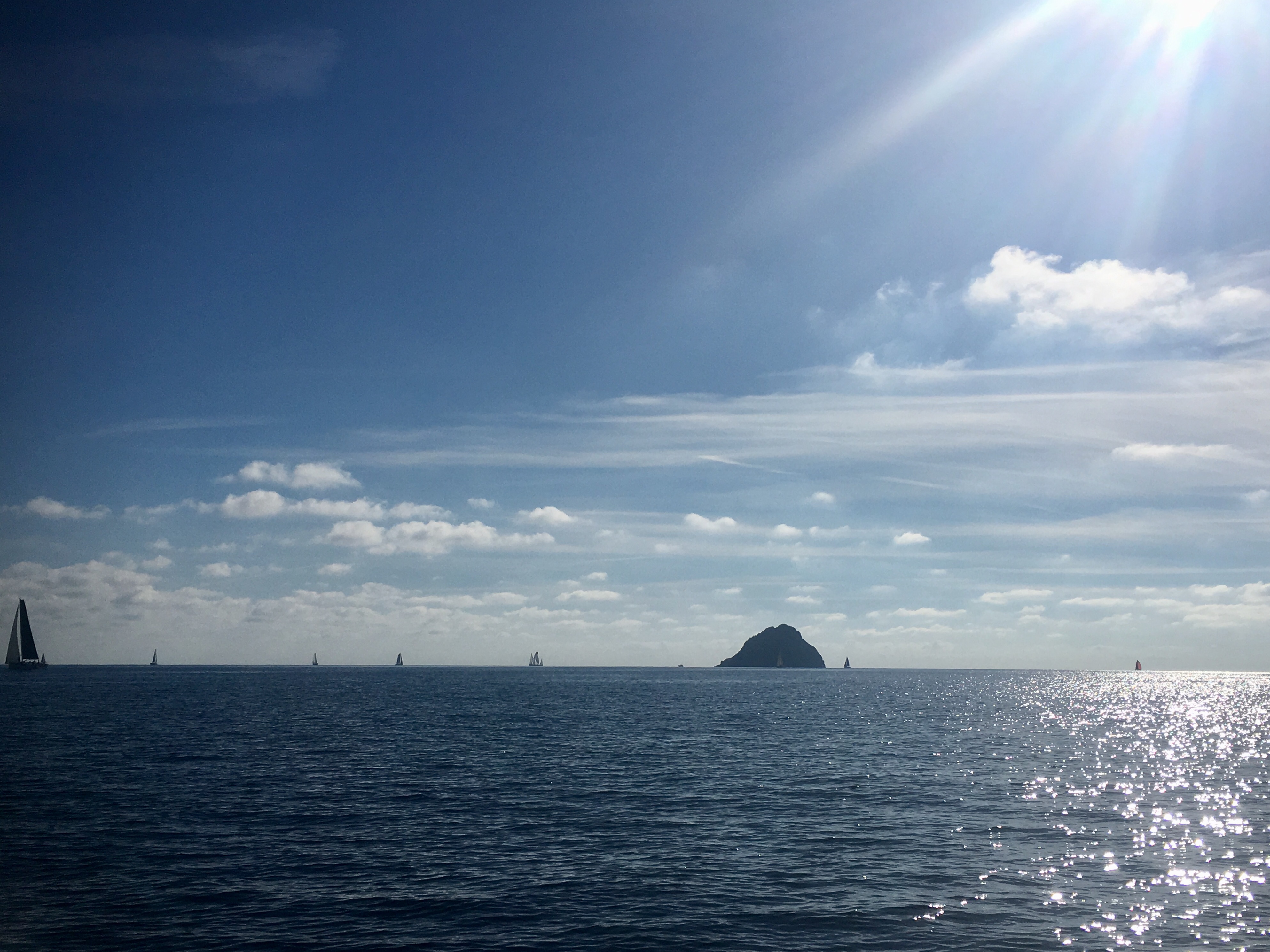 But let's start from the beggining. This year we gathered a five-member crew and decided to participate in the race, I would say with the smallest, and if not smallest than the tiniest boat. The boat length is 8 meters, model J 80, name 'Eloa'. Ivan and I meet Eloa in Split where she was patiently waiting for us since Viska Regatta in October. On the way to Vodice, in the bay of Smokvica Vela - the Bosses former island - though never legally acquired and now sold to a Hungarian company - Ivan polishes Eloa's bottom while I clean her visible, outer face. The other crew members - Sanja, Martina and Darko - are coming to Vodice by car. The start is scheduled for Friday, 9th of November at 22.00 hours. Eloa is all set up and ready, meaning we have to work on ourselves - a steak at Gušte's, prepare the supplies for the race and - start! One special thing about this race is the night start. So, when this year's record 112 boats set sail in front of Vodice and the dance of green and red lights began, everything was somehow (though prematurely) pointing to the upcoming Christmas holidays. We started great! Martina's hand and Darko's eyes lead us out of the crowd into clean air. The wind is light so the game of trimming, stacking and moving around the boat can begin. Eloa actually likes light winds because she can than cope with larger and havier boats. The first rounding point is at Komorica island which we leave to starboard and head out to the open seas. There's one group of boats going right, while the other ones go left. We stick in the middle and sail from puff to puff, superfocused on boatspeed. First the right group accelerates and the red lights start zooming, than the left groups speeds up and then the green lights are off. Than the red again. Then the green. And sometimes we accelerate, too. As there's not much room in Eloa's cabin which we basically (but just basically) don't even need, from time to time we just rest our sour eyes and continue sailing. 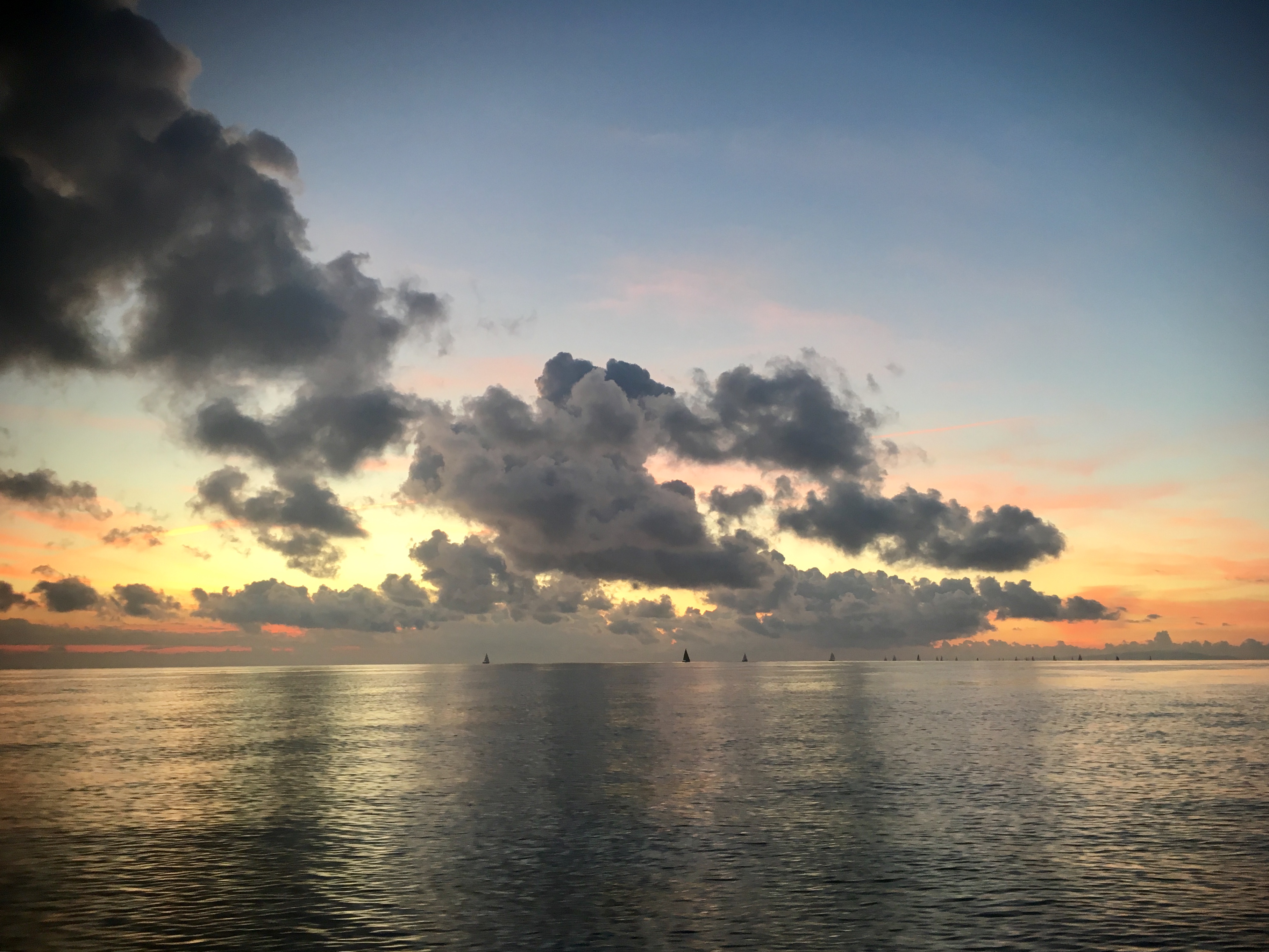 After checking the race tracker, we notice that all the boats are now set up in a broad line more or less at the same distance from Jabuka. But in the morning, the left group is slightly faster and they reach Jabuka before the others. The first around Jabuka is the Slovenian boat 'Generali', second is the mixed crew on 'Molo Longo Tuttatrieste' and than the skiing / sailing Olimpians onboard 'Ola'. After sailing a very good tactical approach to Jabuka, we round it as the 26th boat. According to the forecast, the southesterly should pick up and we should reach Vodice in a jiffy. But the wind picks up only at the last waipoint before the finish - the Blitvenica lighthouse - which we round at night time. The last leg to Vodice is all upwind and we find ourselves battling two Seascapes 27 (now Beneteau Firsts), of which one finishes before and the other behind us. Although it was a really slow race (it took us 26 hours), all of us are really happy because the atmosphere onboard was super relaxed and funny. I must admit that lately I am not used to such a 'big' crew, but I must also admit that I enjoyed every second of it. And it's that same crew that went for a steak and a beer at Gušte's at 1AM, as the 31st crew to have crossed the finish line. 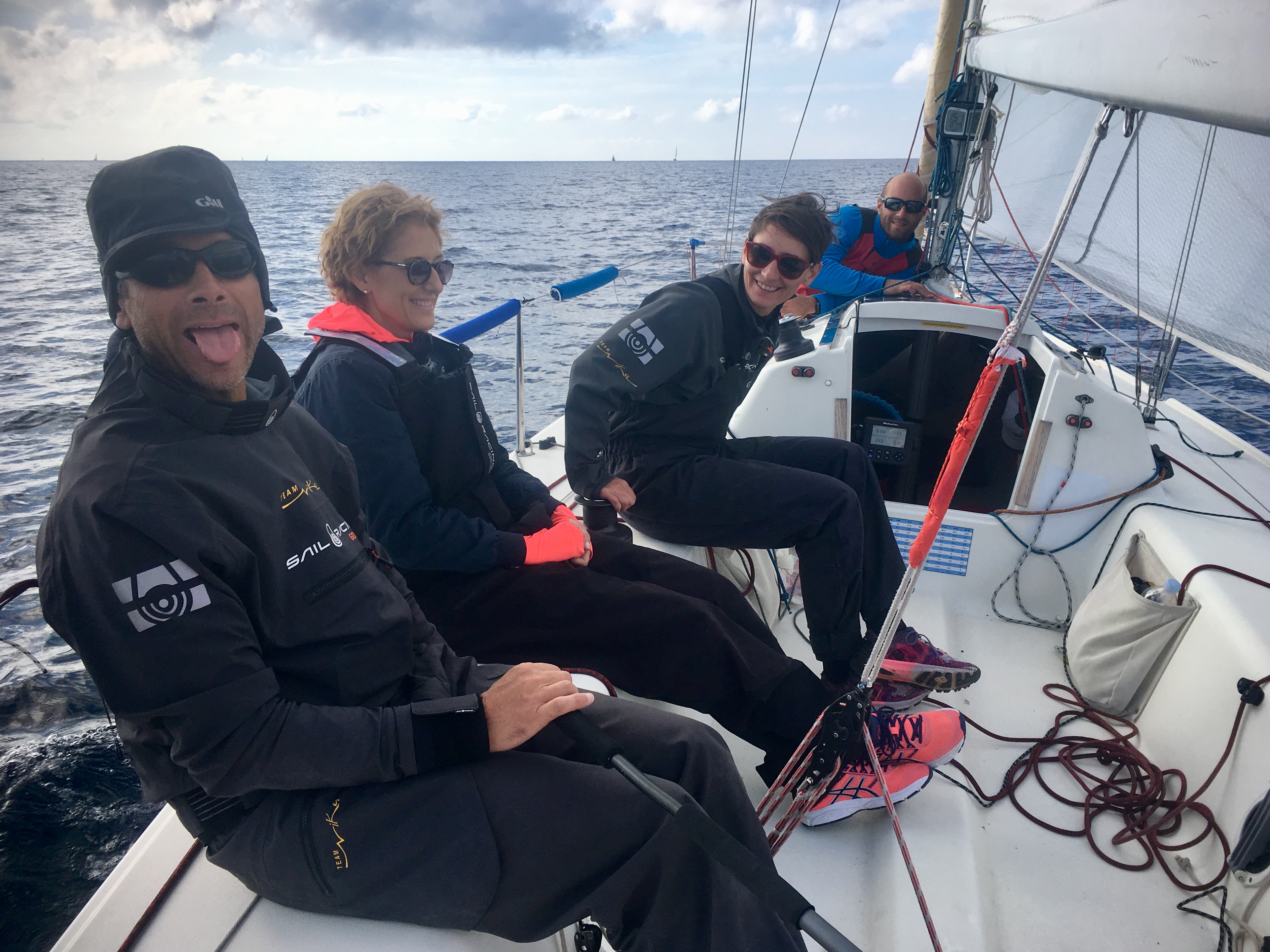