I believe all of you reading this article already know who St. Nicholas is and what he represents to all sailors and seamen. Him and me are pretty close, I must say he had my back many times so far and for that I am truly grateful. So is a fistful of men down at the Mornar Sailing Club in Split, which has their own way of saying thanks - 17 years in a row they organize a race for singlehanders and doublehanders. The latter (doublehanders) joined the race only a few years back, when the number of singlehanders was getting seriously low. This year was a record breaker - 3 singlehanders and 15 doublehanded crews. Looking at the pre race inscrits you could immediately notice a variety of different boats with crews of different experiences - some were sailing shorthanded for the first time while others had quite a history of offshore racing. The forecast was, to say the least, mild for this time of year - begging of December - so the committee goes for the longest, original 160 nm route Split - Stipanska - Glavat - Palagruza - Komiza. L'ambiance sur le pontoons in Mornareva lucica is pretty busy. Mitre and the rest of the merry organizering crew is checking all the safety equipment, the weather is being discussed repeatedly. Eloa is also pretty psyched and despite being the smallest boat, she knows she's fierce competition in all kinds of ratings. Plus, we have an ace up our sleeve - The Flying Czech Pavel Roubal - the guy I met just two years ago and the guy I feel like knowing my whole life. The start is at 10 am on December 3rd, and it feels pretty Breton - a light drizzle with light S winds. Soon after the gun, a group of boats goes right and they round Stipanska first. We stick to the left and come a bit late, but with a good feel for the upcoming lulls, we get ourselves the hell out of the coast and start beating towards Korcula. Around us two Class 40s and a small Seascape 27, the race is on! Seeing all the modifications I made for a J80 to become competitive in shorthanded sailing, I forgot the actual use of brain - the night before the race I leave the Tacktick on and the battery is dead. It means that with no Sun on the horizon we won't be able to charge it and we are out of the wind data. Doesn't mind, we both did the Mini Transat and we know that the most important thing is to adapt. And so we do. 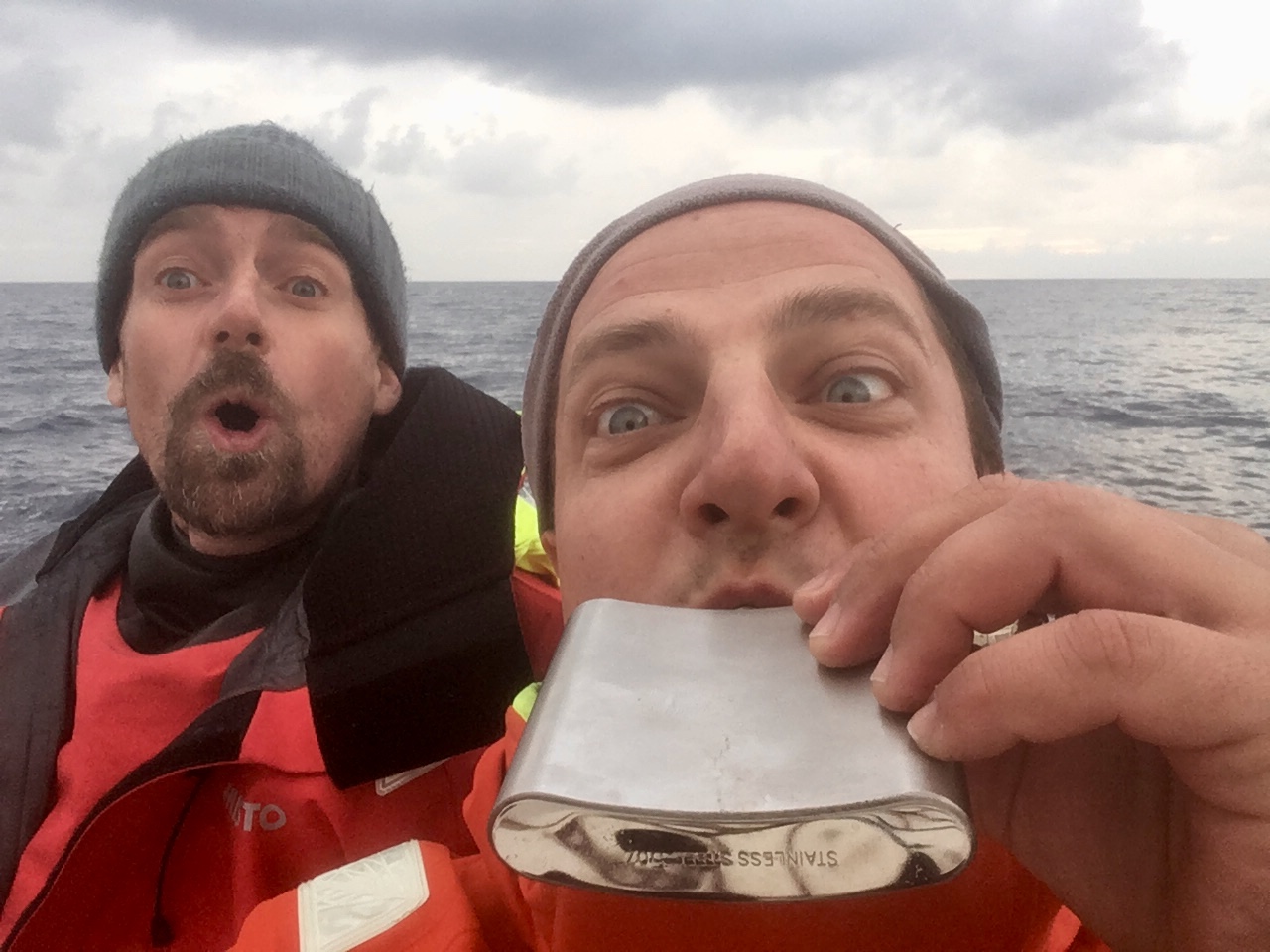 We reach Glavat in the middle of the fleet which is a pretty good sign seeing the upwind leg is our worst andatura. It's pitch black, we hoist the Code0 and start our descent towards Palagruza, one of the most inviting Croatian islands. We round Palagruza in the morning and the wind is out. So it's back to 100% power. Eloa is light, we are focused and we manage to gain some positions through the fleet. 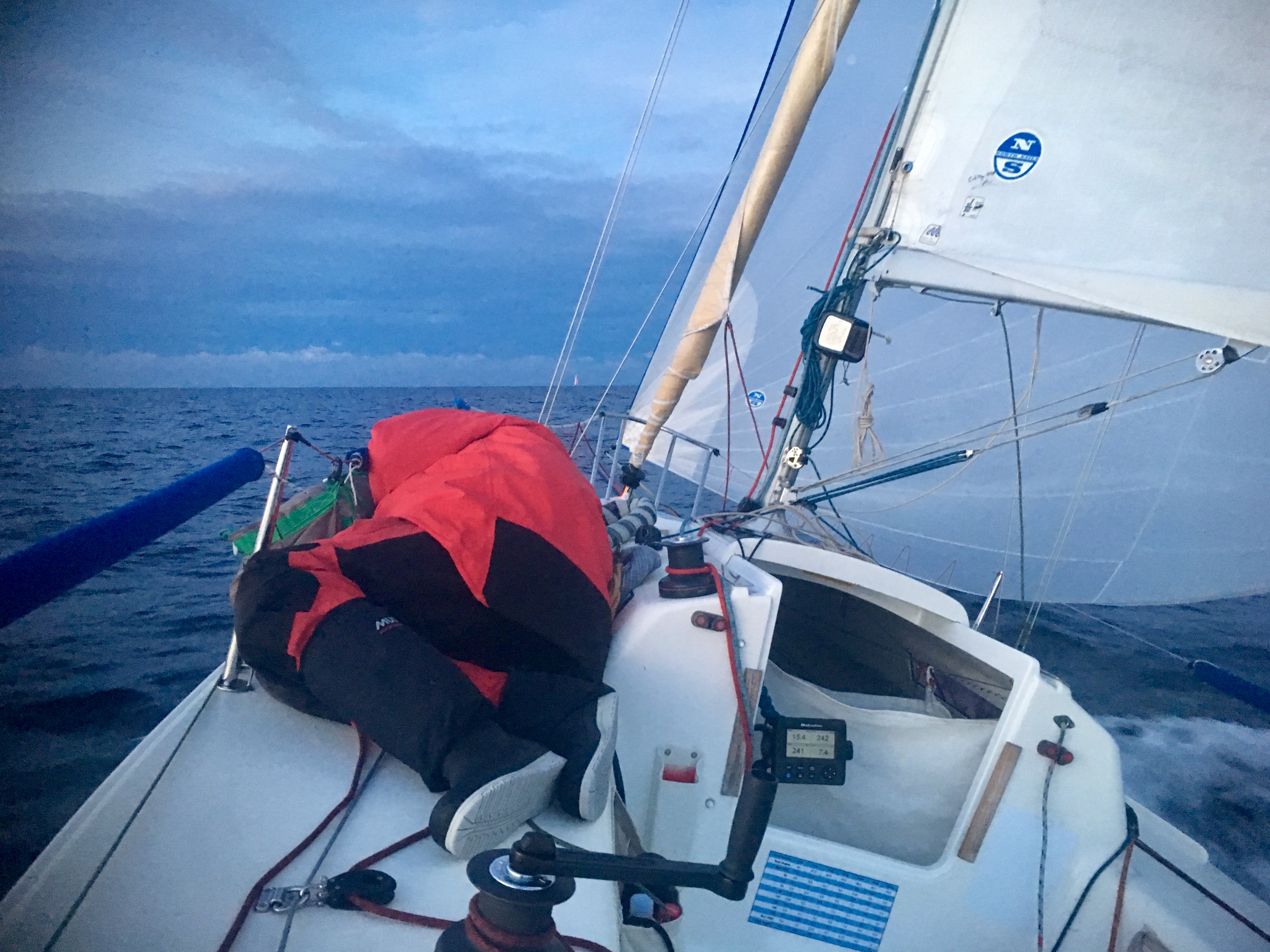 The first ones are already enetering Komza Bay, Dubrovnik (38') and Toto Travel (Farr 40) raced their own doublehanded race and managed to stay far away, while the two Akilarias were sailing a singlehanded duel. And just some 20 miles before the finish we get some fresh NE and start the upwind beating towards Komiza. We finish in the evening, just in time for some beans and beers. The usual warm welcome, the cold beers and some guitar playing and we are ready to be hangover the next morning.

But we are happy, we manage to stay in third position amongst the doublehanders, proving again that it's not all about the size - technique matters, too.